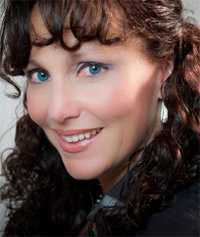 Ann Flood’s second pregnancy was uneventful until a placental abruption in the third trimester left her daughter Lauren with severe brain damage. On December 19, 2007, when Lauren was just four years old, Flood awoke to discover that her daughter had passed away in her sleep. Out of the grief that followed, Flood decided to turn tragedy into triumph and find a way to make Lauren’s life matter.

Less than a year later, Flood and her husband, Dan, founded Lauren’s Hope Foundation, Inc. to enhance the quality of life for brain-injured children and offer support to their families. Having learned about a cutting-edge therapeutic hypothermia program that could minimize brain damage if used within six hours of a child’s birth, Flood decided that her first charge would be to bring that technology to the Lehigh Valley so that babies like Lauren would no longer lose precious time traveling to hospitals in Philadelphia for treatment.

Currently in its ninth year, Lauren’s Hope has supported various therapies, resources, and special events, and plans to purchase more life-saving hospital equipment and build an adapted playground with specialized equipment for children of all abilities.

In addition to running every facet of her nonprofit organization, Flood serves her community as vice president of the Greater Bath Area Chamber of Commerce, and is a member of the National Association of Professional Women.