The Major in Computer Science

The major in computer science consists of nine course units: Computer Science 120, 121, 222, 234, 244, 334, one of the following: Computer Science 320, 333, 364; and two additional courses in computer science, one of which must be numbered 310-380 or 390-399. Courses numbered 286, 288, or 381-388 and courses from other schools may not be used to satisfy the major requirements without prior written departmental approval. The major also requires Mathematics 170 (or its equivalent sequence Mathematics 106-166), 171, 212, and one additional mathematics course numbered 210 or higher, or a two-semester laboratory sequence in science. Because analytic and abstract reasoning is important to the study and application of computer science, majors are encouraged to take additional coursework in science, mathematics, and logic.

The Minor in Computer Science

The Minor in Informatics

Informatics is the application of computing skills, statistical methods, and domain knowledge to obtain and analyze data in order to make decisions about organizations and society.

The Interdepartmental Major in Computer Science 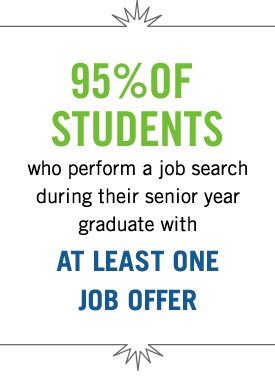