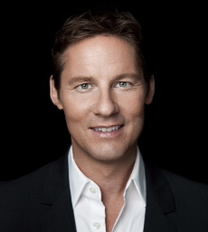 David is the Founder and CEO of Galvanized, a media company committed to defining the new era of healthy living. As CEO, he oversees multiple cross-platform franchises, many produced in tandem with partners at ABC News, Random House, Meredith Corporation, Bonnier Corporation, and American Media, Inc. He is the author of 14 New York Times best-sellers, with more than 10 million books in print, including the Eat This, Not That! series and his latest bestseller Zero Belly Diet. David also spearheads the Random House lifestyle books imprint, Zinc Ink., and is the Nutrition and Wellness Editor for ABC News across all their platforms. He is a regular guest on Good Morning America, Dr. Oz, The View, and other top-rated television programming.

David was formerly the General Manager for Rodale, Inc.’s Healthy Living Group, serving as Editor-in-Chief of Men’s Health magazine and Editorial Director of Women’s Health and Prevention magazines, and Rodale Books. Under his leadership, Men’s Health was named “The Most Influential Magazine Brand of the Last 25 Years” by Media Industry Newsletter.

Raised in PA, David considers his time at Moravian—and its English Department—crucial to his success, and this year, he and the College announced the creation of the Zinczenko New Media Center, an interdisciplinary program and center devoted to preparing new students for the future of journalism and brand-building, allowing them unprecedented real-world experience in the field.