Established in 1960, the Honors Program at Moravian University provides qualified seniors the opportunity to pursue a yearlong intensive study of a subject of special interest. To participate in Honors, students must have an overall QPA of 3.0, with 3.3 in the proposed field of study. Usually, but not always, the project is in the student’s major. Applicants must propose the topic and secure the support of a faculty member (or members) to supervise the project. In the fall term of the senior year, Honors candidates carry out their research; in the spring, they prepare the Honors paper and defend their work before a panel of five faculty and staff members, one of whom may be from another institution.

2000
Michael Susek
On the Moral Considerations of Living Entities: Biocentrism, Ecocentrism. And the Logic of Domination
Advisor: Amy Baehr

1974
Bernard V. O’Hare
Why Me, Lord?: A Metaphysical Approach to the Problem of Evil
Advisor: Frederick W. McConnell

SOAR (Student Opportunities for Academic Research) provides stipends, travel allowances, and expenses for students engaged in research or creative activities through close interaction with a faculty mentor. The program helps Moravian students gain a better understanding of scholarship in their discipline, and fosters scholar-colleague relationships. SOAR stipends can be as high as $3,000 for summer work. 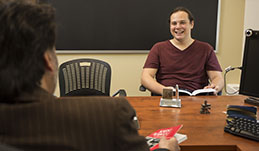 The Epistemology of Disagreement and Subsequent Philosophical Problems

In his summer SOAR research, Zachary Molchany '16 zeroed in on peer disagreement, or the disagreement among experts in a field who are equals. 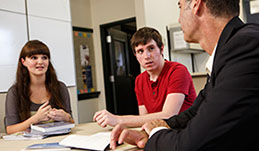 "Abortion is Morally Wrong: An Analysis of Rights and Personhood"

Brian Welsko '14 examined the moral ethics behind the complicated issue of abortion rights. 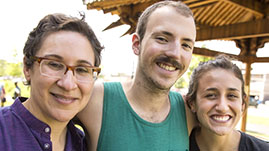 Colton Krial '15 and Leah Triber '15 developed a theoretical framework to better understand the dynamics of public space and their effect on political discourse.