Merger of the men's and women's colleges

Over the years, students of the Moravian College for Women were allowed to bring a guest to join in The Christmas Candle Service, space permitting. In December of 1927 however, they invited all of the men from the Moravian University and Theological Seminary to join them, and it seems the men were so moved by the service that they decided to adopt the tradition themselves. As one student wrote:

“The Christmas Carols rendered by the students of our sister institution on a certain evening before Christmas on our campus were certainly appreciated by the fellows. It seemed as though by this act on the part of the students of the Moravian University for Women, the ties which connected the two colleges were made a little stronger. We feel that this ought to be done every year and should finally become a tradition belonging to both institutions.”

For many years, while the Moravian University and Theological Seminary (for men) and the Moravian Seminary and College for Women were distinct institutions, the Vesper services remained separate, held in two locations. When the two colleges ultimately merged in 1954, the newly hired Music Director, Richard “Dick” Schantz, combined the talents of both school’s Glee Clubs to form the Moravian University Choir. He also finally brought the two College Vesper services together under one roof in 1957. In an interview, Dick recollects:

“The first year I was here, we held the service in Peter Hall, which used to be the chapel for this campus [Priscilla Payne Hurd]. We would also hold another service in the chapel on the North Campus. After that, however, it was decided that to make the vespers service more of a celebration, it would be created as one service at Central Moravian, where it has been held ever since. It seemed at the time repetitious to have to have the two services, one on each campus. We thought then that we’d have one big service at the church.”

This one big service at the church however did not last for long. Due to the growing popularity of The Moravian University Christmas Vespers, the number of services was increased to two in 1961, then three in 1967, and then to four services in 1970. That same year, the interior of Central Moravian Church was reconfigured so that the service could seat up to 836 attendees each night. And then in 1971, Vespers was increased to five services, spread out over two weeks. Finally, in 1986, the church was reconfigured once more to accommodate up to 1,000 attendees each night and the event was increased to six services, where it has remained ever since. 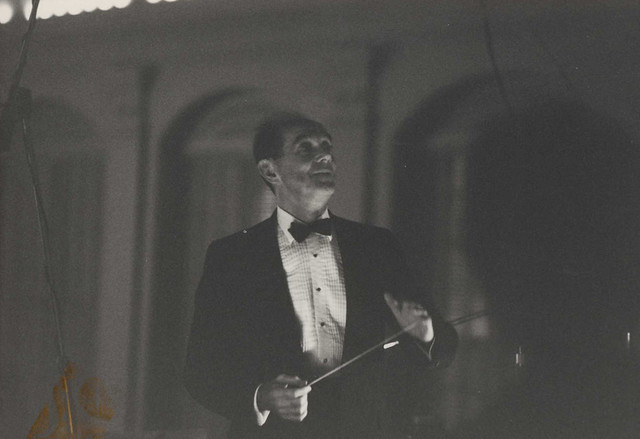