The Six Days of Vespers

Despite the increase in the number of services and seating, the Moravian University Christmas Vespers has continued to pack the house each night and tickets to the event have long been a hot commodity. Every year the college and the music department receive numerous letters from alums and community members asking for tickets, and it is not unusual to see personal ads in the paper by people offering to pay for tickets.

This disparity between supply and demand though has caused some over the years to question: “Why doesn’t the college add more services or charge money for tickets to keep the demand down?” The answer to this question,  first, the Moravian University Vesper service is a service of worship and not a “show” or a concert. No one has ever tried to make money off of the event, nor would they want to. Second, it is a service largely put on by the college, for the college. Most of the choir consists of students, who, by the time Vespers arrives, are typically exhausted from keeping up with rehearsals, while at the same time writing final papers and preparing for final exams. This poem, composed by an unknown student author, perfectly expresses the behind-the-scenes turmoil and confusion that students feel during the Moravian University Christmas Vespers season (but which vanishes as soon as the prelude begins). 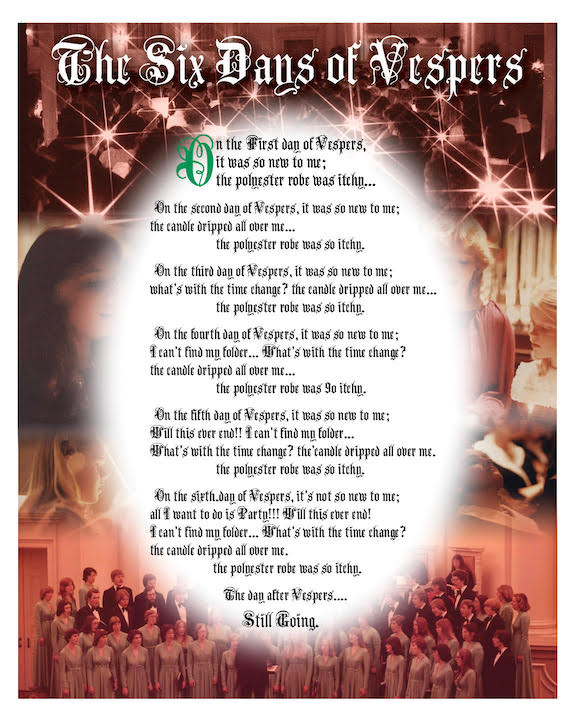 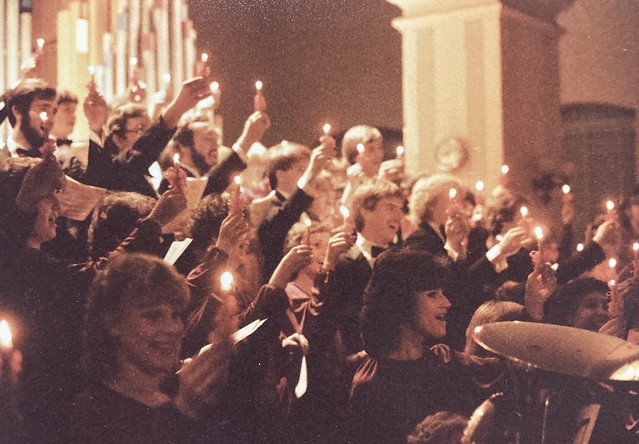