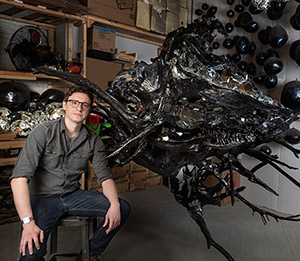 Jonathan Latiano (born 1982) received his BA in Studio Art from Moravian University in Bethlehem, Pennsylvania and his MFA from the Mount Royal School of Interdisciplinary Art at the Maryland Institute College of Art. Jonathan’s artistic practice is rooted in the study of time, the natural sciences, and the viewer’s own spatial awareness within the immersive installations he creates. His artwork has been exhibited in numerous solo and group public art exhibitions in cities including New York, Philadelphia, Baltimore, Washington DC, and London, and his work has been featured in local, national, and international art publications. Jonathan was the recipient of the 2013 Mary Sawyers Baker Prize in Art, Moravian University’s Outstanding Young Alumni Award, and the Bunting Teaching Fellowship in Fine Arts at the Maryland Institute College of Art.

Jonathan resides and works in Boston, Massachusetts and serves as the Director of the Visual Arts program at Merrimack College. 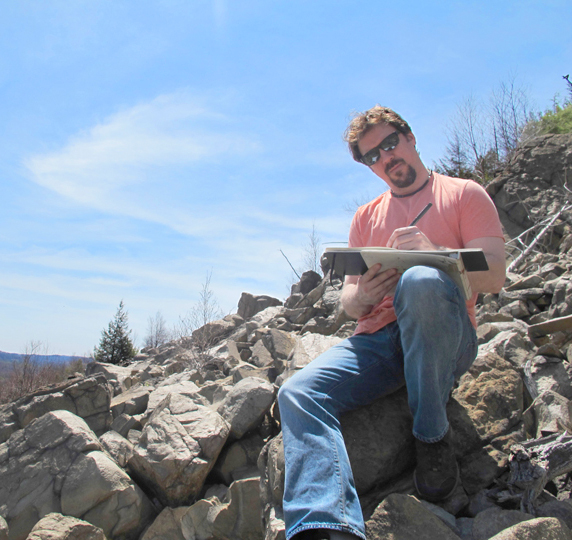 After Moravian, Jason received the MFA in Painting from the University of Pennsylvania in 1998. Since 1999, he has been a member of Lehigh University’s Department of Art, Architecture and Design. Jason has also been an instructor at Kutztown University and the Baum School of Art, and his work has been featured in numerous exhibitions both locally and nationally. In summer 2014, Jason was selected as the Artist-in-Residence for Acadia National Park in Maine.